On my winter trip in New Zealand, I simply had to visit one of its many wonders.

This 12km long glacier descends from the Southern Alps to less than 300 metres (980 ft) above sea level. Named after Emperor Franz Joseph I of Austria in 1865, the glacier has always been a miraculous wonder and a landmark to visit.

The day I travelled to witness the glacier was also the same day which I had my first ever helicopter experience. Filled with an array of emotions, I garnered up enough courage to go ahead with the trip.

When I first laid eyes on the glacier, it was a surreal moment, a rush of euphoria amidst the screams. And once alighting to place that first footprint in the crunchy snow, I felt like a was a child once more, laughing, rolling around, making snow angel and throwing snowballs.

A brief moment of childlike tendencies whilst exploring this isolated winter wonderland. But I couldn’t help but feel a degree of concern and guilt that this glacier which looks so magical and pristine, was actually diapering at an alarming rate. We were shown pictures as we were told how it looked in previous years, but now melting primarily due to global warming.

"Glaciers have always released ice into the ocean, but now this is happening nearly twice as fast as it did ten years ago" – Sir David Attenborough

And if you’ve yet to watch this awesomely atmospheric documentary, watch it now before it disappears!

There are many moving parts within the movement toward climate change, and we all try our best to play our part in taking care of the environment and saving our planet. We still do have a small but significant role to play, and if we all do it well, we can see positive change.

February 9, 2020
Such a unique flavour… This metropolis differs in vibe but bustles alike the country's capital Tokyo. With its beaming bright […]
Read more

March 19, 2019
#Looking at the bigger #picture .. Ever felt like you’ve been constantly #observing something to great a detail, but not […]
Read more

July 1, 2019
Traveling, it leaves you speechless, then turns you into a storyteller. - Ibn Battuta I've always been an adventurous spirit, […]
Read more 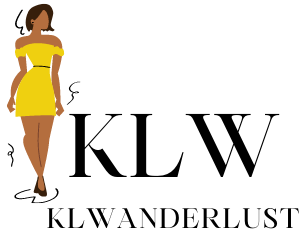